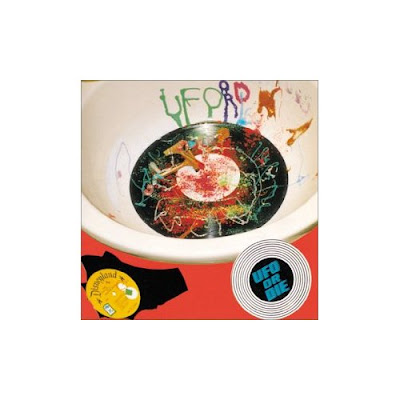 UFO or Die is a side project of two Boredoms members, drummer Yoshimmy P-We (who also fronts OOIOO) and frontman and resident genius Yamatsuka Eye. Rounding out the group is Katsumi, guitarist for the noise rock band Omoide Hatoba. At its inception, Yoshimmy P-We and Eye called the band Hasty Snail Baby, but after the inclusion of Katsumi they settled on the more evocative but less visceral UFO or Die. This record, Cassettetape Superstar, was originally released by Public Bath in 1993; for some reason they decided on a re-release in 2000. As the title indicates, it's at once a throwback to the early days of punk, when it was predicted that the punk-inspired craze of taping albums would ruin the record industry (sound familiar?), and an indication of the album's lo-fi aesthetic. Twenty-three tracks of Eye thrashing around in a bathtub with toys strapped to him (that's what he does) -- so yeah, it's another cool album. - allmusic.com

The Dream Syndicate - The Days of Wine and Roses

"The Days of Wine and Roses" is chock full of feedback drenched guitar rock jams, and singer Steve Wynn popping pills and moaning like a White Light/White Heat-era Lou Reed. If you dig the Velvet Underground, you'll love this band. In my opinion, this is the most criminally underrated album of the 1980's. To accompany the record, here's a video of the band completely wasted circa 1984, right before they stopped making good music. 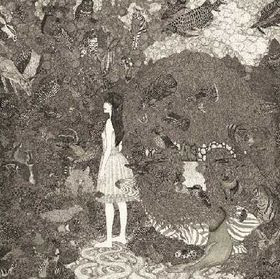 I had first heard World's End Girlfriend (a.k.a the king of badass album covers) in 2005 with his release The Lie Lay Land, which at the time completely blew my mind. It wasn't something I would ordinarily listen to on a regular basis but his blend of electronica and classical music was virtually flawless. His release for 2007 totally surpasses any expectation I ever had, and completely blows away the previous release. Anyone who knows me personally knows I rarely use the word "brilliant" when describing anything, but I honestly can't think of a word more fitting for this album. This shit is brilliant. Anyone who enjoyed Venetian Snares' Rossz Csillag Allat Szuletett, may very well enjoy this too, although the tempo is much much slower and his sound is not riddled with the influence of drugs (at least I don't think so). This is one of the most articulate albums you may ever hear. 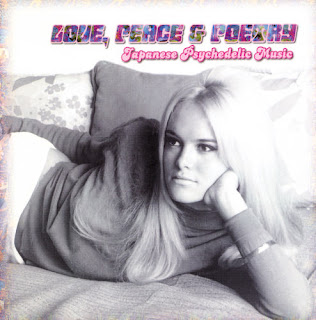 Love, Peace, & Poetry is a series of compilation releases covering the psychedelic music of various countries during the late 1960's and early 70's. The Japanese compilation is my personal favorite, simply because Japanese psych is so different from the music that was coming out of the U.S. and the U.K. at the time. Japanese psych is ten times harsher than just about any western music from the time period. Bands like Blues Creation and Apryl Fool were way ahead of their time. It's also interesting to see how these groups laid the foundation for modern Japanese psychedelic rockers like Acid Mothers Temple. Do some bong hits and play this shit loud. Plays operates according to a single restriction: No electronic instruments were used in its creation. Dixon and a revolving cast of supplementary musicians recorded improvised performances on guitar, woodwinds, horns, and strings, then Dixon cut and pasted these recordings into his usual neon scrimshaw. "String Lake" harnesses sprightly acoustic guitar loops, chirpy strings, and moistly sputtering percussion into a hyperactive bounce, while on "Grand About the Mouth", a threnody of falsetto harmonies, mellow woodwinds, and epiphanic whistles wends euphorically around sharp flecks of guitar. Cheery horns cut clean figures through the brambly stammers of "Diciduism". This template extends to encompass the album-- minutely sculpted rhythm tracks flicker frantically as bright, breezy melodies are sketched out broadly.

While this technique produces invariably engaging results, Plays tends to be most interesting during its genre exercises. "Kool Aid River" is Secret Mommy's take on emo: Guest vocalist Gregory Adams' voice peals out with readymade conviction amid the track's rubbery squeaks, sometimes breaking hard and clear above the mix, sometimes blurring choppily into it. And the fluttery "I Can't Get Down" sounds like an homage to Madlib-style indie-rap, with its helium-sucking vocals and its pitch-shifting beats. With its assiduous eye for bold contrasts, elegant symmetries, and intricately stylized lines, Plays is like a really slick silk-screened flyer, translating visual impact into sonic. You could argue that certain ideas on the album are boring, but there's literally never a dull moment in its high velocity flurry of color and shape. -Pitchforkmedia.com

The Ponys - Turn The Lights Out 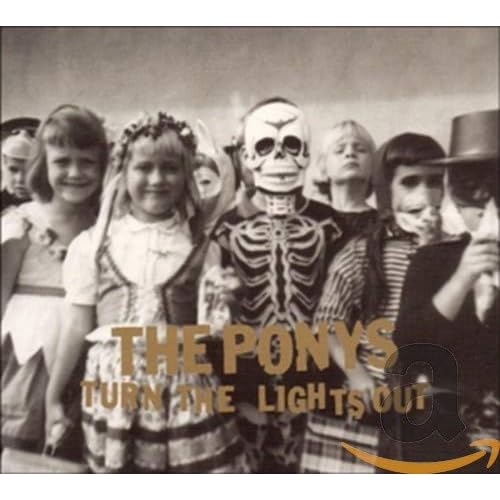 With "Turn The Lights Out" The Ponys have successfully transformed themselves from a solid, albeit at times forgettable, straight ahead rock band into a group that has matured and embraced their noise and pop sensibilities only hinted at on prior records. Many of the tracks draw immediate comparisons to tamer Sonic Youth songs, but considering Thurston Moore hasn't really written a song I've given two shits about in at least five years, all is forgiven. 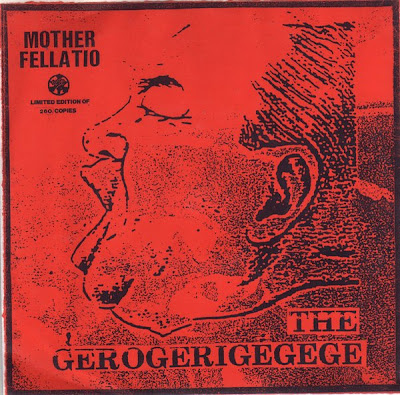 This 7'' was released in 1993 and is one of the most destructive pieces of anything I think I've ever heard. Supposedly each explosion is an entirely new track. Listen and you'll know what I'm talking about. Tracklist posted below... 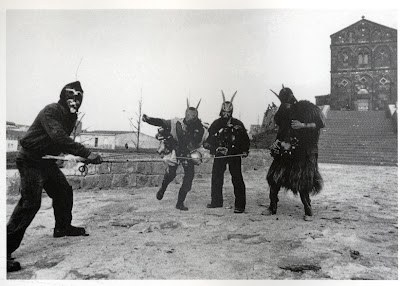 This album has the potential to be the best psych-whatever album of 2007. With droning guitars, blaring saxophone, and reverb drenched vocals, Raccoo-oo-oon's sound has developed into something truly interesting. Imagine Comets on Fire, Acid Mothers Temple, and a harsher Animal Collective in a 3-way of epic proportions. If you're looking for an album that is capable of holding your attention, or for something that makes you feel incredibly badass while cruising in your car, than this album has your melted face written all over it.

When I started working at the radio station again a few months back, the girl that was training me told me that this album was going to save rock n' roll. While it certainly does not do that (who said rock n' roll needed saving anyway?), its still a fun record, and with the warm weather as of late I've found myself listening to it more and more. These guys are a drum and guitar duo that play upbeat, lo-fi rock that draws influences from 60's surf music and 50's doo-wop as well as classic garage rock groups like The Sonics. King Khan & BBQ certainly aren't reinventing the wheel here, and it's also entirely possible that they have chosen the worst band name of all time. Still, the songs are undeniably catchy, and thats what really matters. For your viewing pleasure I've also included their music video for "Waddlin' Around" which features both puppets and vomiting. Enjoy. 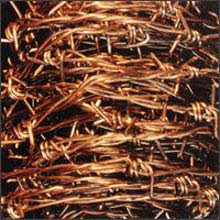 (LINK FIXED 9/4/07)
Holy shit. I really wasn't expecting much from this release, Battles has always been a band i've enjoyed but never been completely blown away by. That has changed completely with the release of Mirrored. It may be a bit premature, but this could end up being one of my favorite records of 2007. The band has taken their trademark math rock inspired sound and twisted it into something completely new and different in nearly every way. Apparenly they've been listening to a lot of Boredoms and Animal collective lately, and the result is an amazing avante garde pop record that you can shake your ass to. 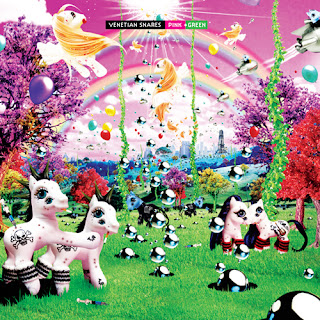 Venetian Snares, aka Gonk the 8-legged Viking, is back with yet another record that sounds nothing like Boards of Canada! From the catchy title track opener "Pink + Green" which blends demented punk vocals with hyper-complex grooves and gut gurgling bass blasts you can just tell this is something fresh and funky from producer Aaron "funk" Funk. Not to worry though the sub-rattling low-end blasts and jackhammering hardcore anthems are still here and in full effect on tracks like "Sporto Fucking Sellout Cocksuckerface" and "Husikam Rave Dojo" that revisit the days of pilled out candy raving. This is cyberpunk at it's finest! - Sublight 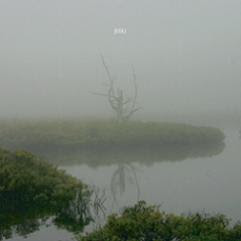 Jesu is the latest project from Justin Broderick, former frontman of the pioneering industrial metal band Godflesh. Unlike most of his prior work, Jesu places emphasis ambiance and melody over pure sludgy and brutal intensity. Essentially Broderick has created his own genre of shoegazer metal. The latest full length, Conqueror continues in the direction of the poppy compositions found on the Silver EP. If you live in Japan or if you're just a nerd that likes to import records, a bonus disc was packed in with two brand new tracks. If you're from anywhere else in the world, download the tracks here. 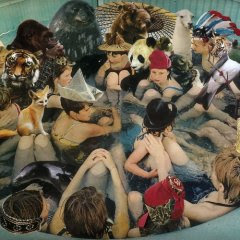 According to Metacritic.com, "The third solo album fron Animal Collective's Noah Lennox (aka Panda Bear) is completely unlike its predecessor, as it is both upbeat and electronic, sounding like a spacey, 21st century Beach Boys album."