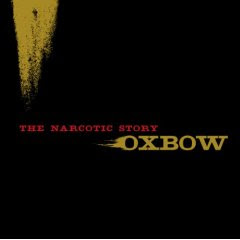 Oxbow is a really cool band that has been making great records for well over a decade. Their sound is often similar to bands like The Jesus Lizard, but it has a certain atmospheric quality to it that really makes them quite unique. This band does not fuck around. Past album titles include Fuckfest, The Balls In The Great Meat Grinder, and King Of The Jews. Lets not forget singer Eugene Robinson, the gigantic muscular black frontman who enjoys taking off all of his clothes on stage, grabbing his crotch, and picking fights with the crowd. Rock music should be dangerous and confrontational, and that is exactly what Oxbow is.

This DVD is nothing short of amazing. Do yourself a favor and buy it immediatley.

thanks heaps for this one, always wanted to try these guys. they seem to have a lot of material, can you recommend any specific titles to check out?

well, early Oxbow is REALLY raw and agressive, so if you're looking for something along those lines i'd suggest Fuckfest and King of The Jews.

I'm more partial to newer Oxbow myself, its just more developed and the songwriting is a lot better. As far as their newer material goes, i'd suggest An Evil Heat

Great you posted this! Thanks for the milllionth time, you guys rock.
And talking about getting naked on stage, grabbing your dick and fighting the audience; do you have anything by GG Allin? If you do, it would be great if you could post it.
Thanks again.