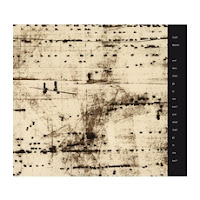 LINK FIXED 9/28/07
I'll start things off by letting you all know one thing; these records are not for everyone. Scott Walker is a former 60's crooner with a handful of teen idol pop hits under his belt. After recording one album in the 80's Walker seemed to drop off the face of the earth until a decade later when he released Tilt. This album ushered in a new era in Walker's career. Walker's music has now lost all of its beauty and pop sensibilities, replaced by the coldest and bleakest sounds you will ever hear. This new sound came to a head with The Drift released just a few years ago. It is single handedly the most frightening album ever recorded, bar none. I still squirm every time I hear "Jolson and Jones" when halfway through Walker belts out the lyrics "sunny boy/such a sunny boy" over what sounds like a donkey being fucked by a chainsaw. And Who Shall Go To The Ball... takes a different, much more subtle approach to creeping out the listener, slowly building tension like the soundtrack to a horror movie. So, if you're up for a challenging but more often than not rewarding listen, check these albums out.

I love the hippie decade of the 60's, but this quite an example of things I would never like, no matter the time they were produced! Disposable music to me.