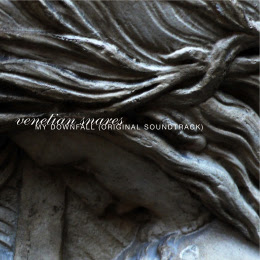 Yes yes, he has done it once again. This has been one of most anticipated releases this year, and I'm most certainly not disappointed. Only four tracks contain breaks of any kind, but the album remains just as consistant as any past releases. It's no doubt that some will be disappointed with this release, as it probably wouldn't intensify a drug experience the way most Snares releases would, but hardcore fans of Rossz csillag alatt született will likely drop another duece duece of love at first listen. Every track is rock solid, and Aaron Funk again convinces me that breakcore and classical music were meant to mingle.

thank you from the bottom of my heart

Thank you! Arvin sent me a link to this blog and I am so happy he did. I am a bit obsessed with Mr. Funk and Rossz Cillag is one of my favorite albums of all time by any artist. This will be sure to please. Thanks for sharing!

This album is truly amazing.
But the link you've uploaded to no longer has the album to download D:

I wish to request a re-upload, if possible. It'll be so greatly appreciated.