Limited Express (has gone?) - Feeds You! 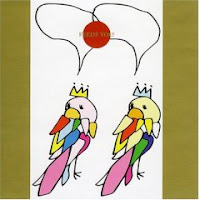 A few years back, Limited Express (Has Gone?) opened up for Numbers @ Mac's Bar in Lansing, and even though they managed to make Numbers feel like the most boring band in the world, it's one of the most memorable shows I've been to. There was probably 10 of us there, but Limited Express didn't let that stop them from having a great time. There was an older gentleman right up front who seemed to be having the time of his life, dancing like nothing I had ever seen before. His moves had to be documented, but unfortunately all I had was a camera, so a few pictures from the show are posted below. It's hard to explain the appeal of Limited Express, but they remind me of a mixture of the cute, or sometimes annoyingly cute, Japanese female vocal bands like Melt Banana or Deerhoof with a more abrasive version the song structure of Bjork's former band, Sugarcubes, but I might be the only one that hears it that way. Mediafire was being shitty today so I had to resort to rapidshare, sorry. 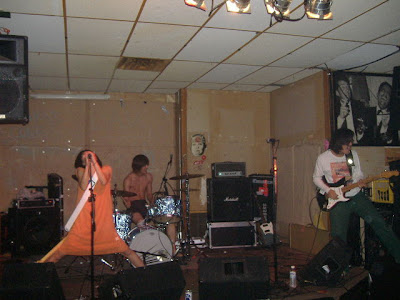 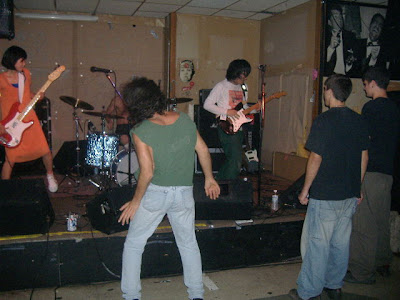 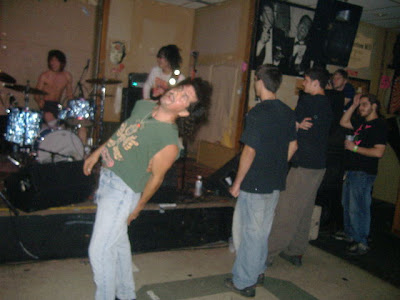 This one comes courtesy of a guy I know out in Washington by the name of Jason. He has a real knack for uncovering great records that somehow have not garnered the critical praise and success they deserve. Over Valence is a record that I'm sure every reader of this blog will enjoy. The group features former members of Loop, and creates music that is equal parts Jesus & Mary Chain and early Sonic Youth. All of this is filtered through what appears to be the band's collective unabashed love for krautrock. They don't make great records like this anymore, and it completely blows my mind that more people haven't heard this band. 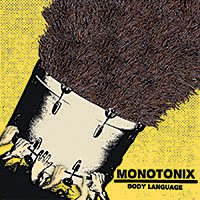 I'm pretty much head over balls excited for the last weekend of March. A weekend that will involve Acid Mothers Temple, Howlin Rain, and Monotonix on three consecutive nights. After coming across ridiculously consistant live reviews of Monotonix, particularly at SXSW, I decided to check the band out. After checking out their myspace, their pictures alone completely sold me. A hairy as fuck sweaty naked lead singer, trash cans on heads, and flaming cymbals (the literal kind, not the homosexual kind). At that point their sound was irrelevant to me, but, alas, they're pretty badass to the ears as well. So, I managed to track down every mp3 I could find of theirs, which included a self-titled release from last year, which includes the six tracks from their upcoming EP, Body Language, to be released via Drag City on April 22nd, and a random "Cowboy EP" I came across on Soulseek that I can't find any information on anywhere else. I can already tell that their recorded material will not do their live show justice, but the riff heavy Tel Aviv, Israel rockers know how to make some good tunes. A must hear. 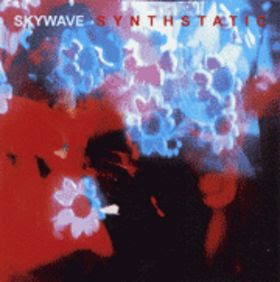 Dan and I were lucky enough to catch A Place To Bury Strangers live a few days ago. If you get a chance, make sure you don't miss out on seeing them. You' might leave with your ears bleeding, but it's worth it. On the way out to Detroit to see the show, my friend Matt dropped Synthstatic in my lap, and I haven't been able to stop listening to it since then. Skywave is Oliver Ackermann from A Place To Bury Strangers and a couple of guys that now play in an equally awesome band called Ceremony. Skywave's sound is a little bit more melodic than A Place to Bury Strangers, but still incorporates huge walls of noise and feedback, and has that feeling of a shoegaze band smashing you over the head with a hammer. 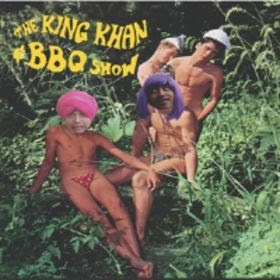 I remember someone requesting this one a while back. It's exactly what you would expect from King Khan and BBQ, which means it's expectedly solid. Some "balooomba-balooombas" and "dip-dips" makes this EP even more prom-worthy than their other releases, except, of course, for the tracks dedicated to teabags (the naughty kind), and gangbangs (the ones you know), but we all know that shit goes down after prom anyways. 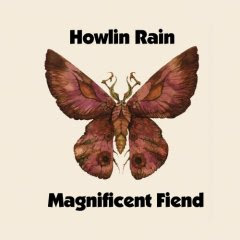 I've been anticipating a great follow-up to their debut album in 2006, and, i must say, I'm incredibly pleased. It's sounds very similar to their other album, still a relaxed Comets on Fire, and Ethan Miller has managed to pour even more soul into his vocals/lyrics, but what really sets the album apart is the organ and guitar showcases that make an appearance in each track, which gives the music itself the same soul Miller exudes. The last 2 minutes of "Lord Have Mercy" are classic. Check Howlin Rain's myspace for their upcoming tour, which, thank God, is coming to Pontiac, Michigan in late March.

Jonny Greenwood - There Will Be Blood OST 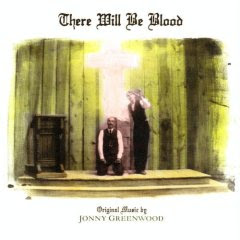 If you haven't seen this movie already, peel yourself off of your computer chair, drive to your local theater, plant yourself down in front of a larger screen than the one you're staring at now, and have your mind blown. Daniel Day-Lewis is probably the biggest bad ass ever, but his time on screen would not have been nearly as effective if it wasn't complimented by one of the best soundtracks in recent memory. Johnny Greenwood really pulls out all of the stops here. Each track is hauntingly beautiful, with string arrangements that build tension like nothing you've ever heard. Considering the way Radiohead decided to release In Rainbows earlier this year, I don't Johnny will be too heartbroken if upload this for your listening pleasure. Enjoy. 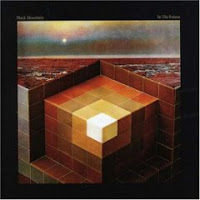 In The Future bonus disc that us vinyl kids were screwed out of. 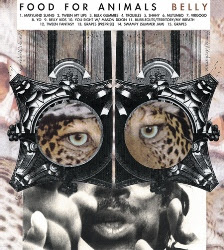 I came across these dudes through cockrockdisco a few years back and really enjoyed their 2004 EP Scavengers, and just got around to checking out their debut album Belly. It's glitchier, it's grimier, and if rap or hip hop sounded more like Food For Animals, it would be the greatest genre in history. It's Kid606 meets Dalek, and whatever these dudes are smoking, every hip hop producer needs some of it. The one and only downside of this release is that it has me wanting more. So to make up for the relatively short length of the album, I've just been listening to the track "Swampy (Summer Jam)" on repeat for the last few days. Download immediately. 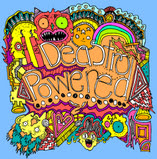 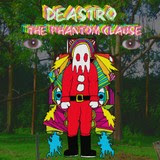 I got a chance to catch this dude, along with The Go, at Real Detroit's 9th Birthday Bash at the Magic Stick on Saturday night. I had heard a few tracks of his shortly before the show and was excited to see him with the help of a live drummer, which was excellent. I talked to him briefly following his set, and he suggested I download his free EPs from his myspace page, which I did, and have enjoyed thoroughly. The 3 four track EPs pictured above are included in this download, as well as four tracks from his 2007 full length The Young Planets, which was voted album of the year by Real Detroit Weekly. This is some wonderfully addictive nintendo influenced synthified electro-pop. He's hitting the road over the next few weeks, and I suggest you make your best effort to catch his/their energetic live show. Check his myspace page for tour dates, or to order a copy of The Young Planets. After hearing the track "The Old and the Treacherous," I have a feeling you'll be wanting a copy. 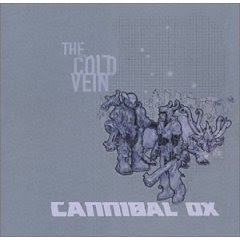 The Cold Vein is the best east coast rap record to come out in the last decade. I have no idea why I haven't gotten around to uploading this one yet. EL-P does the production on this album, and it's easily his finest work. There really isn't a single weak beat to be found here. This album also happens to have some of the strangest universal appeal I have ever witnessed. You could play a Cannibal Ox song for damn near any music enthusiast-- rap fan or otherwise, and they'll enjoy it. Unfortunately these guys called it quits shortly after this record was released.