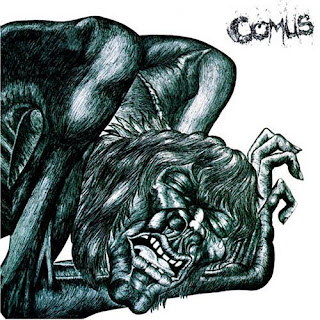 This is easily one of the greatest albums of the entire 1970s, and Comus' popularity has skyrocketed in the last few years. I randomly came across a review of the album a few years ago, and had a hell of a time trying to track it down. Now there's numerous active links across the internet, and their listener count on last.fm has jumped nearly 10,000 in the last year. Comus creates some of the most intense folk music you may ever hear, sounding as if it would have been enjoyed by any pagan of the Middle Ages. It's without question acid folk, but is considerably heavier than any other band or artist of the genre. Comus released another version of the album with 3 bonus tracks, but I prefer the original 7 track release seeing as this is the way the band originally wanted you to hear it.

Thanks for turning me on to this one. I've downloaded a number of things on your blog and am catching up on posting comments. I've listened to this one a lot.