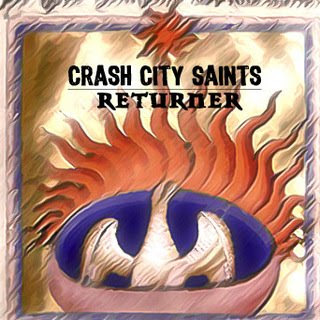 There are a lot of problems with living in Kalamazoo if you're a music fan, and most of them center on being exactly two hours away from both Chicago and Detroit. If you're an aspiring musician, why stick around in a shitty little city where most people could care less about your band, and if you're a touring band why bother to stop in a town where nearly every good venue has shut down? Travel just a little farther east or west and suddenly things are a lot better. Crash City Saints have stood defiantly for several years now as the rock n' roll messiahs of the world's worst college town. Now "seeing a local band" doesn't have to equate to drunkenly berating a group of cargo short wearing frat boy douche bags busting out sublime covers. Instead, if you happen to catch Crash City Saints live, you're in for one of Michigan's best kept secrets. The band seems to be perpetually stuck in the year 1990, which is fine by me because music sucked a whole lot less back then. Unlike other groups that have taken the shoegaze revivalist route, Crash City Saints have been able to retain the swirling ambient beauty that's often neglected. This EP is loud, noisey, and for lack of a better term, really fucking pretty. If you like what you hear, make sure you shell out a couple bucks for a copy of one of their records. 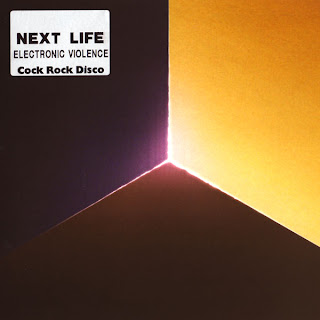 If you haven't noticed already, I enjoy most of everything released by CockRockDisco. According to their site, the album is called Electric Violence not Electronic Violence, so I don't know what's up with that album cover above. I had forgotten how much I enjoyed the album until I popped it into my car stereo today. Next Life is a Norwegian duo who create "Electric Violence" using real and synth guitars, electric beats, and the occasional robotic vocals. Their sound in general seems to be the very definition of their label's name. Whether Next Life is rocking the fuck out or creating some pretty well-developed and nintendo-influenced insrumentals, they'll make you want to whip out that old gameboy. 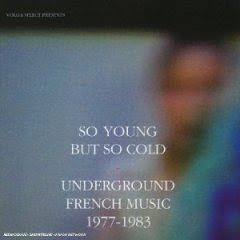 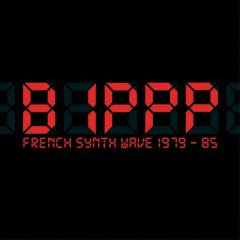 White hipster dance music seems to be all the rage these days, and the bands/music is just about everywhere. Crystal Castles and MGMT are getting huge, My Morning Jacket cut a fucking disco record, and that sort of fat guy from LCD Soundsystem is doing MMA fighting now. Weird. Anyway, I came across these two comps, which do a pretty solid job of showcasing some European groups that probably had a huge influence on the DFA artists and their like minded contemporaries. The quality here can be a bit hit or miss, but some of the tracks phenomenal especially considering the technology that the bands had to work with at the time (late '70's, early 80's). My favorites are definitely Kas Product (reminds me of old Adult.), Mathematiques Modernes, Busy P, and Vox Dei (these guys sound like some sort of weird French Joy Division). Download the records, skim through the tracks, and I promise you'll find quite a few songs that you'll like.

Download So Young But So Cold: Underground French Music 1977-1983
9 comments: 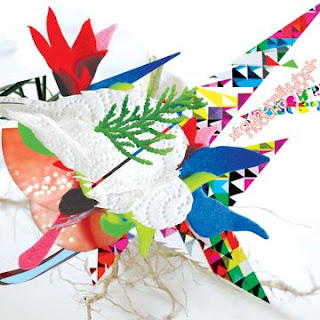 I uploaded this one a few weeks back, but totally forgot to post it on here. This could be the weirdest thing I've ever posted on here, which is saying quite a bit. Hori is a sound/visual artist, and she shows numerous moments of genius throughout the record, it just takes a whole lot of effort to find it, but her glitched noise and sound-fuckery is both cute and obnoxious (in a good way). Much of this album makes me feel as if I am perpetually chasing an ice cream truck while tripping on acid in a world where time elapses in reverse. You might be creeped out when you realize how accurate that description is. 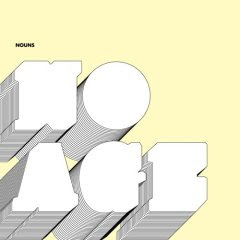 No Age is a L.A. drum and guitar duo that unlike most bands, actually lives up to the massive amount of hype surrounding them. This is the band's first official LP after releasing the equally awesome compilation of past EPs and singles, Weirdo Rippers last year. These guys can do a whole hell of a lot with very little, and are smart enough to keep their blasts of noisy guitar pop in perfect little three minute packages. 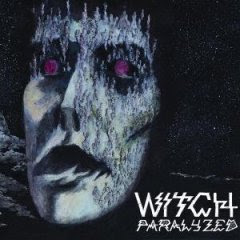 This one sort of flew under the radar on me, but since I finally got a hold of copy its been in constant rotation in my car's CD player. On the band's sophomore release they ditch the Sabbath inspired stoner rock riffs for a way more aggressive and raw up tempo sound. J. Mascis once again provides some stellar drumming and proves that everything that he touches is solid fucking gold. There really isn't a track that will immediately grab you like "Seer" from the band's '06 debut, but from start to finish Paralyzed is a much a better record and a big step forward for the band. Give this record some time and it'll grow on you.

The Saints - Eternally Yours 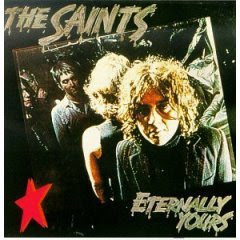 I know, I've been slacking lately. Between work and school I haven't had much blogging time, and the fact that new releases worth giving two shits about have been few and far between hasn't helped matters much either. Awhile back somebody asked me to post a record from Australia so I posted an album from a New Zealand band instead. My rationale that New Zealand was close enough didn't sit well with a few people, so consider this my redemption post. For some reason, Australian punk bands were light years ahead of their international contemporaries back in the 1970's. Most people blow loads over The Saints debut (I'm) Stranded, but I always thought that Eternally Yours was better in just about every way. The cool horn arrangements and R&B experimentation may turn off the punk rock purists, but trust me, if you dig modern groups like Rocket From The Crypt, you'll love this album.

The Cranium - A New Music For A New Kitchen 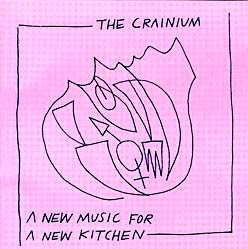 Released in 1998, A New Music For A New Kitchen is a criminally underrated album. The Cranium and their label, Slowdime, slowly faded away, with two the members moving on to form Gang Gang Dance. It seems the band, in general, had absolutely terrible timing. If this album was released today, it would accumulate countless numbers of listeners, with today's art music scene becoming about as strong as the No Wave scene of the late 70s/early 80s. Although describing their sound is pretty difficult, imagine if an early-90s Boredoms decided to collaborate with a mid-90s Modest Mouse, and created an album with the song structures you might hear on Dillinger Escape Plan's album, Calculating Infinity, with a little free jazz influence thrown in there somewhere. It defies any musical genre or movement. It's music that is and will be hated by many and loved by few, but those few understand the purpose and possibilities of music, and are probably on some drugs.

Download A New Music For A New Kitchen
8 comments: 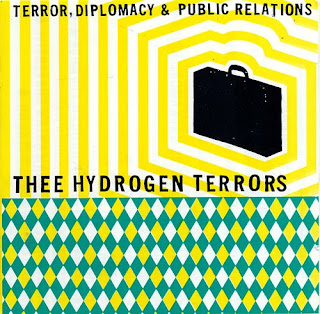 In my opinion, one of the most important questions one should ask oneself while listening to any style of music is "Does this music make me feel incredibly badass?" This album provides an immediate and resounding "Yes" with its opening track "Mexico!" and the rest of the album follows suit. I've had 4 or 5 tracks from this album on my computer for quite a few years, but I was able to successfully download the full album off soulseek just a few days ago, and have been loving it. Recorded in 1996 and a product of Providence's Fort Thunder, the coke-induced and slurred vocals, the handful of chords used, and the general "who gives a fuck?" attitude makes this a prime example of what it is to be a "badass." One of the many solid releases from Load Records.

The Night Marchers - See You In Magic 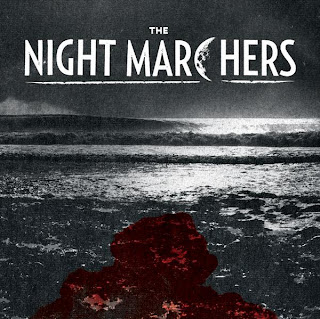 The Night Marchers are the latest project from L.A. based rock n' roll mastermind John Reis and an additional two members of the now defunct Hot Snakes. Sorry kids, Rick Froberg decided to sit this one out. Like all of Reis' past projects, this album is fun unapologetic rock music with no room for filler. While I don't enjoy See You In Magic nearly as much as as Hot Snakes it's still a very solid release in what has been an unremarkable year for music thus far. These guys are currently touring, so make sure you catch them when they roll through your town.