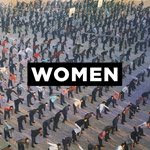 "The band's debut was recorded by Sub Pop and Flemish Eye artist Chad VanGaalen over 4 months on ghettoblasters and old tape machines in his basement, an outdoor culvert and a crawlspace. Sometimes light and spacious, at other times eerie and dense with an ominous weight, Women hint at the Velvet Underground, Swell Maps or This Heat; a lo-fi masterpiece cloaked in layers of vibrato and guitar wash." courtesy of Jagjaguwar

There's been a substantial amount of hype around this band for awhile now but I didn't have any sort of expectations when I heard them for the first time. Everything I had read said something to the effect of "yadda yadda yadda freak folk blah blah Velvet Underground." So my initial thought was "hmmm... get in line with the 37918278934798127349 bands doing that."

...and now I feel like a complete dick. This is the best debut of 2008. I'm not going to bother writing any sort of description, just download this one now and experience it for yourself. 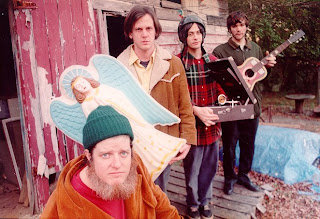 If someone twisted my arm and forced me to pick a favorite band, I'd probably go with NMH. I just about shit myself when I saw that this recording had popped up online, and then I almost busted out the adult diapers again when, much to my surprise, the recording quality wasn't shit. It's actually quite good, and easily on par with the Live at Jittery Joes record. Anyway, there's 13 tracks that cover the best material from their two LP's, as well as some spoken word/rambling and some rare/unreleased tracks like "Engine" and the final song, "Mother." 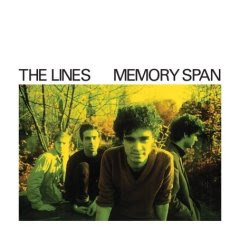 The thing I enjoy most about doing this blog is not only sharing great music with other people, but having the opportunity to learn about new (or in this case, old) music from other people as well. Someone requested this a week or two ago and I figured I would hunt it down even though I had absolutely no idea who The Lines were. It turns out that The Lines were a post-punk group that played and recorded between 1978 and 1983 to little critical acclaim. These guys would open for The Birthday party, Bauhaus, and The Cure but never really found their own distinct fan base. Acute was kind enough to put this compilation of the band's collected work together to keep them from being completely forgotten by time. I'm not really sure why the band never gathered the praise and admiration that many of their peers received. The songs on Memory Span are extremely accessible and really varied, covering the gamut from poppy angular rock songs to the darker and more mature post punk they created toward the end of their career. Fans of The Feelies, Wire, and Gang of Four will love this. Thanks again to whoever requested this album, It hasn't left my car CD player in almost a week now. 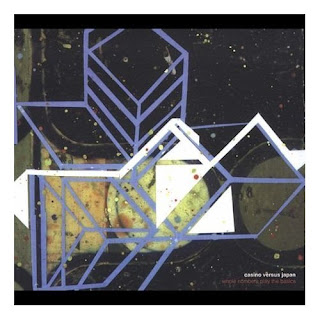 I'm way behind with my downloading, and haven't heard anything new that has come out over the last 2 months, so I decided to upload a classic. If I ever feel like getting really high without actually smoking a bowl, I put on this album. It's simple "electronica" (worst genre name ever), and incredibly reliant on it's euphoric tone, but it's just enough to completely shut down my brain, so download, tune in, drop out. I'd easily take Casino Versus Japan over Boards of Canada. 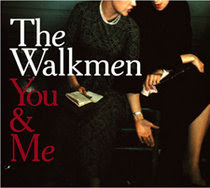 This one just leaked, so I've only had one full listen-through and not much time to digest the record. I wanted to get this up as soon as possible, because it seems like the sort of thing that could get taken down fairly quickly. First off, I'll be honest and tell you all right off the bat that my write up is going to be biased as hell because I absolutely love this band. I was one of the few big supporters of their last album, A Hundred Miles Off (one of my favorites of 2006) and I can already tell after one listen that You & Me trumps it in almost every way. This record seems less scattered than their previous effort, and Hamilton Leithause's vocal delivery doesn't it make sound like he's coughing up blood between songs. Excuse my fanboy-ish hyperbole, but I would probably give up my man flower to Matt Barrick. The drums on this record are perfect, and are the glue that holds this album together. Again, i'll definitely have to give this several more listens, but I could see You & Me easily being one of my favorite records at the end of 2008.