Mogwai - The Hawk Is Howling 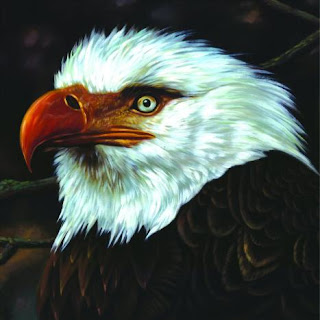 Mogwai doesn't make bad records, but they don't always make particularly interesting records either. The group tends to play it safe and follow their tried and true "start off soft and pretty and slowly crescendo to a climax before getting all soft and pretty again" formula. Still, you can't discount the fact that they do it really damn well. While The Hawk Is Howling isn't a monumental departure from their past work, it is their best album in at least 5 years. Aside from artwork so bad it can only be compared to Mogwai's 2006 release Mr. Beast, there isn't much to complain about here. Recommended for both fans and non-fans alike looking for a good post rock fix.

that is some really terrible artwork, and considering that they're not even from america, why have an eagle on the cover, seems pretty full-blown american to me. otherwise, mogwai has made good music.

this is the most ignorant comment i've ever read.

the eagle is an american symbol, however, eagles were just birds long before america. the eagle embodies the idea of strength because of its bold personality and freedom because of its impressive wingspan. just because someone uses a picture of an eagle, it does not mean there are american implications.

and i'm not saying the guys in mogwai don't realize the eagle is an american symbol-- in fact, i'm sure they were quite aware-- but the fact of the matter is that i'm positive there are plenty of countries out there for which you don't know the symbol, so just because there's an eagle on a cd or tattooed on someone's cock, it doesn't mean they are trying to say they're from america.

oh and fuck you, it's a fucking hawk.