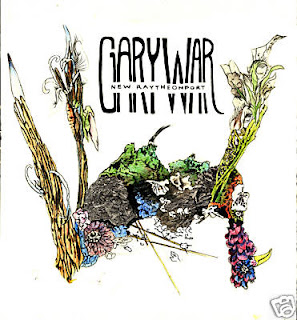 I've been pretty addicted to this one for the last few weeks, and if I had had more time to process it, it's likely to have made our top 10 list rather than just our honorable mentions list. There isn't very much legitimate information on this guy, other than the fact that he's from New York, but I have a feeling that I'll be hearing a lot more from this guy in the near future. Like quite a few artists we post on here, it's hard to plug him into a certain genre. It's a strange mix of garage, psych, synth, shoegaze, and a sort of late 80s/early 90s avant-pop. This LP is pretty incredible. Only 500 of these were released through Norfolk, Virginia's own Shdwply Records, the same label responsible for bringing you Teeth Mountain. He'll be playing 2 shows with Wavves and Woods in Brooklyn in early February, so if you're anywhere within a 100 mile radius, you better get your ass there. And if you do make it there, don't ever tell me.

couldnt agree more! he has a new one coming soon also on shadowplay i believe- thanks

with all respect, sounds like a watery psychedelic version of r. stevie moore. no?

And an amazing otherworldly cover of eye in the sky.

Can't fuck with this album. Stands outside of time! Far more soul than whatever other records people are talking about on here. No one is doing shit like this guy. PEACE.

I agree with this dude above. it's all focused psych, he didn't let the drugs or overindulgence get in the way of doing a quality record. he wanted people to listen to this, whereas some of those other artists/groups just DID it. I sorely miss not attending his show and I will not make the mistake twice.