Next Life - The Lost Age 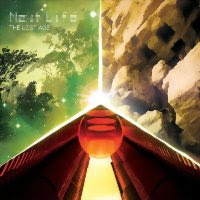 (LINK REMOVED 04/19/2009)
The Lost Age is the Norwegian duo's follow up to their 2006 full-length Electric Violence. Production value has certainly gone up, but there isn't very much that sets this apart from their last release, which isn't necessarily as bad thing (yet). By the looks of the album cover, and overall sound of the album, it sounds as if the duo was more concentrated on creating an improved and slightly more epic version of Electric Violence. They have managed to pull that off for this release, but they're going to need to develop their sound further in the near future. To be honest, if you were to play pieces of either album, I would have a hard time identifying which one I'm hearing. I don't mean for this to sound like a negative review. This is still highly enjoyable chiptune-ish metal, and the fact that the individual tracks rarely break the 2-minute mark keeps you on your toes, but I really hope they take it a step further for their next release. If you want to hear Electric Violence, I posted it a while back.

Maybe it's bad for the artist that you put the album as an open zip-package here. Thanks though, now I got my copy.

this was about as good as the first,
here's hoping the 5th one might be worth listening to twice.

Why the f**k do you make this album free for all to download?
Delete the link from your blog or be prepared to get sued!

music is free these days. sorry to inform some of you.

totally agree with the review. Next Live's sound's great but this is just a photocopy (in colour) of their first effort.