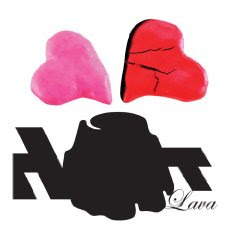 (LINK REMOVED 03/14/2009)
I saw this band open for Monotonix back in October, and I wasn't necessarily impressed with their live set. Then again, they were standing between me and a Monotonix set, so It was hard to like anything at that point, and I just wanted them off the stage as soon as possible. Well now I feel like an asshole because this is actually really good stuff. Catchy, lo-fi-ish pop with surprisingly memorable lyrics. Frontwoman Allison Apperson's tech savvy and ridiculously catchy lyrics won't be leaving your mind anytime soon (I've been singing "apple, option, apple, option, option, fire, fire" all day). This one was released back in October via Bar/None and it's a fun and catchy little record from one of the best bands from Richmond, VA I've come across so far.

I'm a really big fan of this record. So cute and catchy, I love it. I hate when you see a band live before you actually appreciate them. That happened to me with At The Drive In and now I'll never be able to enjoy seeing them live. It sucks.

see monotonix more than once, and your excitement will dwindle.
calculated chaos.

this stuff is pretty good though.

i have seen them more than once...and that show with hot lava was the second time i'd seen them. there wasn't very much similar about the two shows other than the songs they played....both great shows. in fact, we ended up carrying them down the streets this time.

This group's recording are nice, but it is a more amazing experience to be in one of its live performances. I recommend it very much. Buy Viagra Viagra