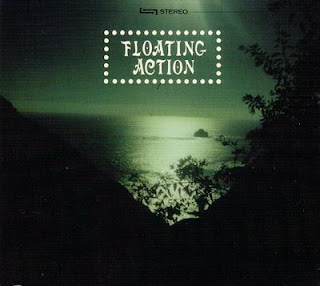 (LINK REMOVED 05/17/2009)
The internet is a cruel, cold hearted mistress. I thought I had snagged a copy of Animal Collective's new vinyl only live compilation, but it turned out to be a fake. If you're one of the 1000 lucky dorks with an MA in comparative literature and 90 spare bones to drop on a single record that sold out in minutes (thanks pitchfork), do the world a favor and rip that shit to your computer ASAP. Share the wealth friends. While I don't have the most sought after album of 2009 to offer up to you, I do have this Floating Action album which is pretty damn good in its own right. This album just screams to be played on a beautiful summer day. Hints of motown and 60's bubblegum pop dipped in a healthy bath of reverb. You know the drill. Turn this one up and dance around your house in a bathing suit.

not my link but its what you're looking for i think. just thought i'd pass it on to thankyou for all your great posts!

This album is absolutely incredible... thanks for posting

must agree. this will stay in the loop. many thanks..

If that first link didnt work is posted here.

Thanks for the posts. -B

ahhh please fix the link, i'm very curious as to what they sound like!

Hey-How To?
Tutorials for your blog! Rapidshare, Megaupload, Easyshare...

could someone re-up floating action or direct us to another link, plz?

Just great. Thanks for sharing this one!

...please where can I buy a unicorn?

...please where can I buy a unicorn?