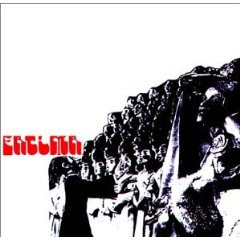 Released in 2000, this is the only full length from this relatively short-lived band from Philly. Three of its members went on to form Need New Body (which I've just released it's been far too long since I've listened to them). Influenced by Soft Machine, Neu!, Syd Barrett, and the 1970s prog/psych/kraut movements in general. It also sounds like a mixture of old Elf Power and Circulatory System if you're looking for more modern similar artists. A few of the tracks feel like extended interludes, but there's a general entrancing quality to them that will keep you listening. I used to jam out to "Mousey/Lone Gunner" on repeat my freshman year of college. In retrospect, this was a very impressive debut.

I love this album! I also got it in my freshman year of college, which I'm guessing would be right around the year when it came out. Checking out Need New Body now. I was just listening to a band named Red Mass which reminded me of these guys and so I looked them up.