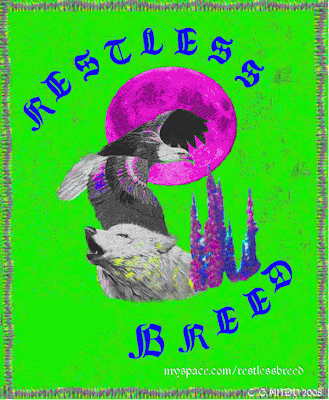 Relatively straight-forward instrumental post-rock from this three piece out of Kansas City, Kansas. This four track EP should come accompanied with some LSD and a laser lighting display of some sort. Bright-sounding synths, a little 8-bit buzz, and some sufficient drums make this a quick but enjoyable listen. For fans of Wizardzz, Trans Am, Psychic Ills, and whatnot. 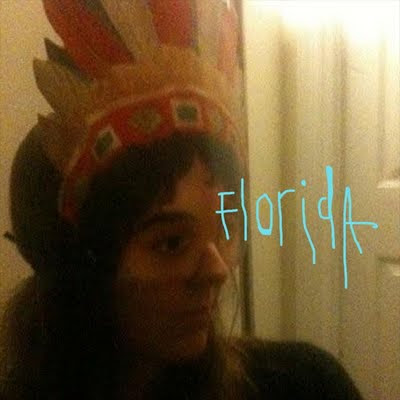 Another solid 7" from Florida. Both tracks are more similar to the b-side of their last 7". Dark and atmospheric tunes with bass vocals that I can't seem to get out of my head. The band shows a little more instrumental and vocal range on these two tracks as well. "Haunted House" showcases a backing brass instrument and some well-utilized whistles, and "Love Inside of You" plays more like a dream sequence with some competent guitar at the forefront and mind-numbing chimes behind it all. Comes out Christmas day on Shdwply. Pre-orders start in two days. Get it here. 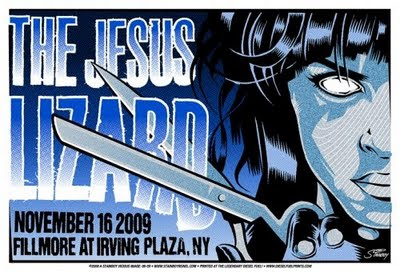 There's not much to say here, other than this is a fantastic live recording of one of the best bands of the last 20 years. If you've been living under a fucking rock and somehow haven't heard The Jesus Lizard, do yourself a favor and grab a copy of each of their recently remastered studio albums. That shit is essential son. The rest of you need to download this immediately and have your balls rocked off. These guys might be a little more gray haired and doughy these days but they're still the most bad ass live band on the planet. 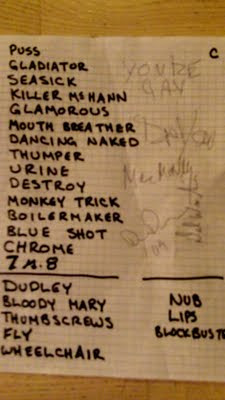 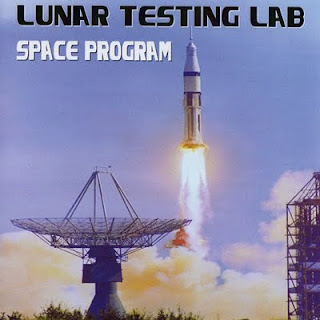 This a very well-conceived album that happened to be one of Tobacco of Black Moth Super Rainbow's favorites of 2008. The album does an excellent job of absorbing your brain cells. Sounds like Boards of Canada IN SPACE. Casino Versus Japan IN SPACE. It's an obvious choice for my next journey through the cosmos because it's definitely not working well as a soundtrack to "Little Parents, Big Pregnancy" on TLC, which I'm currently watching on mute for some reason. Space Program and astronomical objects? Top notch. Space Program and the expulsion of placenta from a mesomelic dwarf? Not so much (although I'd love to create a playlist for such a thing. Where's some Gerogerigegege when you need it?). Be sure to check out the Seashore Blvd EP that I posted back in June if you missed it. 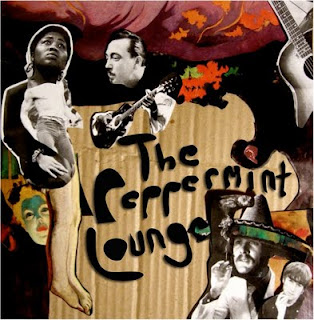 The Peppermint Lounge is an electronic/acoustic duo from England/Switzerland both currently living in the UK (after having both spent most of their lives in Asia) that takes "acoustic, modern electronica, 50s-60s Jazz, African and American blues, classical impressionism, social commentary and folk forms to combine sampling with composition." Each track of this 3 song demo heads in a slightly different direction and I'm looking forward to hearing what else they're capable of creating in the future. Keep an eye out for their debut EP sometime next year. 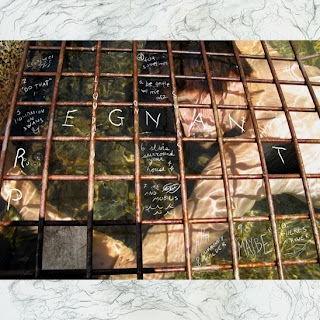 We received this submission from Life's Blood, a new and extremely promising label out of California that vows to only put good into the world.

"Pregnant is called so because it is so: it is the audible rendering of the reflective, kaleidoscopic ideas ceaselessly gestating in the mind of Daniel Trudeau. Two plus decades of living amongst the legions of chattering old folks, teen-age juggalos, and ramshackle junkies that fill the hill-lined recesses of Central Northeast California have led to a weirdly acute understanding of the full spectrum of human expressive possibility. Pregnant is the re-arranged refraction of this sensory input, a beautifully fucked-up tapestry stitched together from scraps of dormant inklings and theories. “Liquidation On Swans” is an immaculate conception, sonically birthed from the agile hands and emotions of Daniel, his friends and collaborators, and the innate strangeness of the people who color our everyday perception."

This cassette is definitely one of the better overall releases that has been submitted to us. It's refreshingly buoyant, consistently interesting, and is guaranteed to be a favorite for a large portion of our readers/listeners. I won't even weigh this down with comparisons or try to place it in any particular genre. You're better off just reading the description above and clicking the link below.

The quadrillionth Thee Oh Sees release of 2009. These tracks would fit well on their Dog Poison LP from earlier this year. Acoustic fuzzy goodness.

Mark Tucker - Batstew + In the Sack 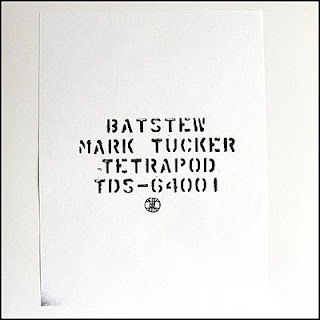 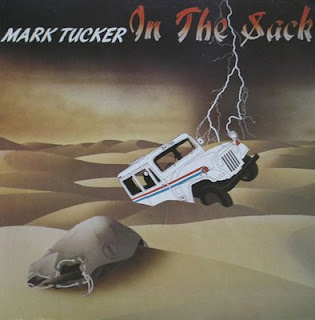 LINK FIXED 12/8/09
The guys over at De Stijl get a big fat gold star for releasing and reissuing some awesome shit lately, including these two long lost classics. Back in the 70's Mark Tucker unknowingly recorded the music that would later pave the way for the likes of Daniel Johnston and The Elephant Six Collective. His most famous release, Batstew, is a mishmash of lo-fi bedroom recordings and ambient sounds that has been sought after by record collecting nerds for decades (seriously, the original pressing goes for as much a shitty used car on ebay). If the measure of a great album is how emotionally affecting it is, consider this one a home run. Batstew won't grab you in any sort of typical fashion though. I've honestly never had an album make me feel more uncomfortable in my entire life. The left-field dialogue quips and the overall feel of the record really drive home the fact that ol' Mark was probably a pretty mentally unstable dude back in the day. During the course of the record, Mark eventually takes us for a ride in his car. So now as a listener, it seems like you're trapped in the trunk of this crackpot's hearse while he drives around and serenades you with man-on-man love songs and moaning analog synth lines.

I might be in the minority, but I have to say In The Sack is actually the better of Mark's most famous releases. While 90 pound aging white hipsters with Pitchfork contributing writer aspirations might turn their noses up at this remark (both to scoff at me and to keep their black plastic frame glasses from sliding off of their faces) I have to stick to my guns on this one. Start to finish, In The Sack trades an ounce of "What the fuck?" for a pound of damn good songwriting. Track to track the record flows better, and Mark has the opportunity to showcase his musical chops while retaining a healthy amount of average joe listener alienating weirdness. I can see how both of these albums could be incredibly polarizing, but if you have any interest in one of the pioneers of bizarre American underground music, you owe it to yourself to download these LPs.