Woman Year - May Peace Bewitch You 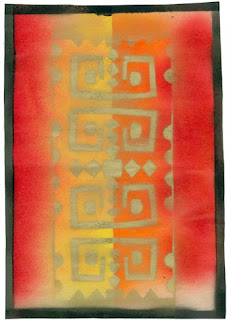 Woman Year is the brainchild of Michael RJ Saalman of California. As guitarist of Afternoon Brother and guest musician both live and on record with Pregnant, his collaborative efforts have shown some of his range. His solo effort, on the other hand, demonstrates a different kind of range. Many of the tracks strip away an element that collectively make up what we perceive to be as "pop" music, and reconstructs it from the bottom up. Whether deconstructed structurally, tonally, vocally, lyrically, or otherwise, this is consistently and shamelessly pop music at its core. This guy proves within the first few tracks that he can do whatever the fuck he wants, and we'll all be listening attentively. The first track sounds uncannily like it belongs on Of Montreal's The Early Four Track Recordings. Cassette limited to 50, grab it at Life's Blood.
- Dan
Download May Peace Bewitch You

This album is great. Got my copy of the tape in yesterday. Amazing! Thanks for bringing it to my attention.