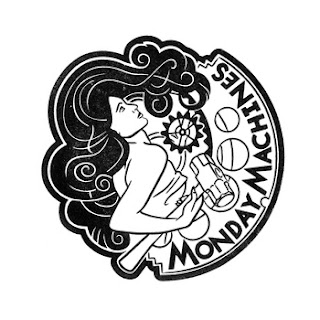 Monday Machines is the collaborative effort of UK-based singer/songwriter/producer Cary Grace and fellow WRIRer (although I've never met the man), Allan Coberly. Slow-burning British psychedlia-influenced rock. Strong vocals from Grace that lie somewhere between Broadcast and Jefferson Airplane. While recording his guitar contributions, Coberly battled constant noisy construction outside of his place here in Richmond, VA and decided to incorporate the men and machines causing the clanks, beeps, and jackhammering into their sound (and band name). Pick up the gorgeous limited edition gatefold CD (who knew you could still make CDs beautiful?) directly from the artist here.

Beautiful album! Thanks a lot.