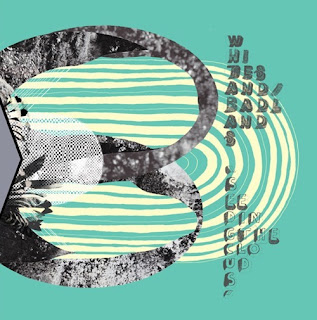 There's a sort of tension and urgency in Whitesand/Badlands sound that simmers but never quite reaches the boiling point. The first spin through I spent a lot of time waiting for the record to release its grip. The sensation of swimming upstream was a bit taxing. Spent the second spin through embracing it. A far better experience. A dark and incredibly mature record for being a debut full-length. Sounds like early 90s indie/shoegaze but with a little more soul. And minor keys. They only pressed 250 copies of this double LP, and you can be certain that once I've got the extra dough, this will be joining my collection. Pick one up here, but please save one for me. One of the better and most complete records to grace my inbox.
"Recorded it in Duluth, MN with Eric Swanson in Sacred Heart Recording Studio (a 19th century cathedral converted into a recording studio which is where Low & Retribution Gospel Choir have recorded, among others). we mixed it in Chicago in Mahjongg's home studio with Cooper Crain of CAVE manning the mixing board. it's the first release on our own imprint, Magnetic Ghost."
Thanks so much to Andy for the submission.
- Dan
Get the name-your-own-price digital download or the 2xLP at
http://whitesandbadlands.com/