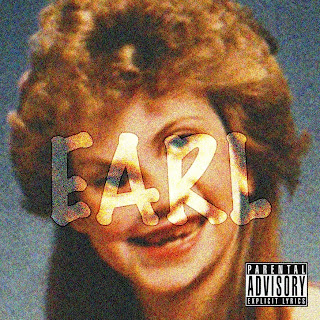 The hype train has been rolling lately for Odd Future Wolf Gang Kill Them All, particularly defacto leader Tyler, (yes that comma is necessary) The Creator. That being said, I won't waste your time and tell you how good his album Bastard is or how great his upcoming release Goblin is likely to be. Unless you've been under a fucking rock or just gently rubbing your flacid penis to the thought of The Arcade Fire's Grammy win lately I'm not not dropping anything earth shattering in your lap.I feel like some of the other Odd Future guys have been overlooked a bit, which is a shame. Without going all "nerdy white loser reviewing a hip hop record" on you, I'll go ahead and say that Odd Future is pumping out the most interesting and raw rap music I've heard in awhile. Earl's album is no exception, and stands out as one of their finest releases. These guys are still teenagers too which makes their accomplishments all the more impressive. If you're looking for something other than the standard Ongakubaka fare, this one is definitely worth your time.
- Steve
Download EARL
...and watch this shit while you're at it:

that video is fucked