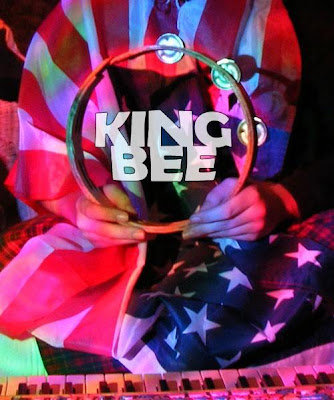 I'm embarrassed to admit it's almost been one year since I came across this. King Bee is a one-man-psychedelic-band out of Charlottesville, VA with virtually no information anywhere on the internet. In my searches for some recordings last year, I happened to download a folder labeled "king bee - masters" on Soulseek. Turns out the folder contained some of the tracks from an upcoming LP which is slated for a summer 2011 release on a new label out of Richmond called Dead Wizard. He also has a cassette on Terrible Transmission Tapes from 2009, which I have yet to find. This is some pretty genuine 60s British psychedelia, and I'm pretty excited to hear the LP in its entirety later this year. Lava lamp and tab of acid required.
- Dan
Download King Bee Demos

hey this is king bee. much appreciations for the bump and i wanted to let you know i have more songs if you want to use them. they're all demos but fairly close to the album versions. e-mail me at joshsatan@gmail.com for other info and the cover sleeve art. cheerio! thanks again!