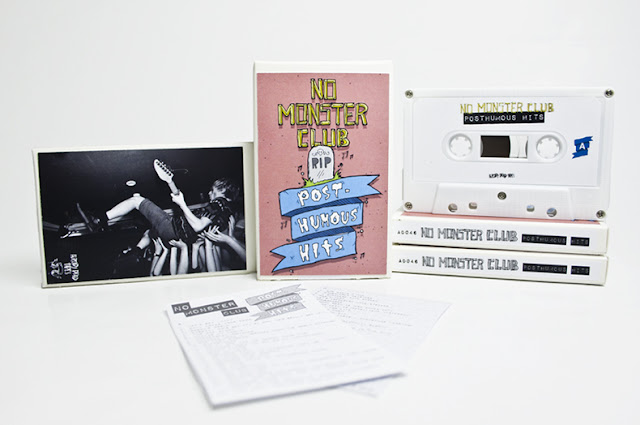 A collection of solo material recorded by Irish songwriter, Bobby Aheme, who passed away earlier this year at age 24. Aheme churned out 11 records over the last 6 years, was eventually joined by two bandmates, recorded 4 more records, and embarked on a European tour that saw him sharing the stage with the likes of Sic Alps, HEALTH, Ariel Pink, Wavves, Jeff the Brotherhood, and others. This cassette contains 46 tracks that were uncovered after his death by his friends and family, most of which are sunny beachside pop tracks guaranteed to put a smile on your face. Pick up the cassete over at Already Dead Tapes or from the band's site.

Please more NMC. Had never heard of them before and now can't get enough, simply awesome stuff

The dude didn't really die. This is a real shameful promotional stunt. Someone who really did die and didn't want to should get to trade places with this prick.

Yeah, love the music but really fucked up form a=of self promotion if the guy isn't dead. Found this article: http://www.chicagoreader.com/Bleader/archives/2012/10/05/the-story-behind-no-monster-clubs-not-so-posthumous-posthumous-hits