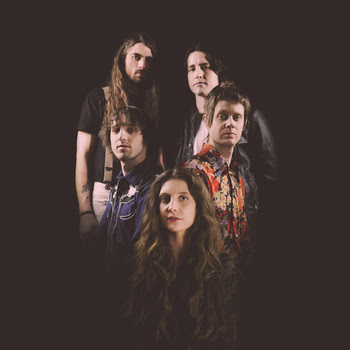 The Electric Citizen/Haunted Leather tour rolled through Richmond last Thursday night. Their original venue apparently fell through, which resulted in a last minute house show on VCU's campus. I wasn't entirely sure what to expect crowd-wise, and was almost certain it would get shut down, given its location. Electric Citizen kicked off the evening with an incredible set of Sabbath-like scorchers that absolutely blew the minds of the many students who were unfamiliar with the bands before entering the party. The looks on some of their faces were almost as enjoyable as the set itself. Overall, it turned out to be one of the most enjoyable show-going experiences I've had in quite some time, and felt fortunate to have had the opportunity to not only see them in a living room setting, but to also get a little weird with them in the process. You'll be hearing plenty more from them soon, with two 7inchers and a cassette on the way, but for now you can check out their 2 track demo via the bandcamp stream below. 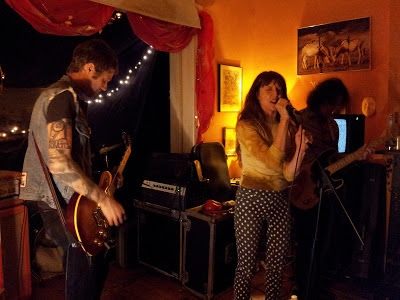