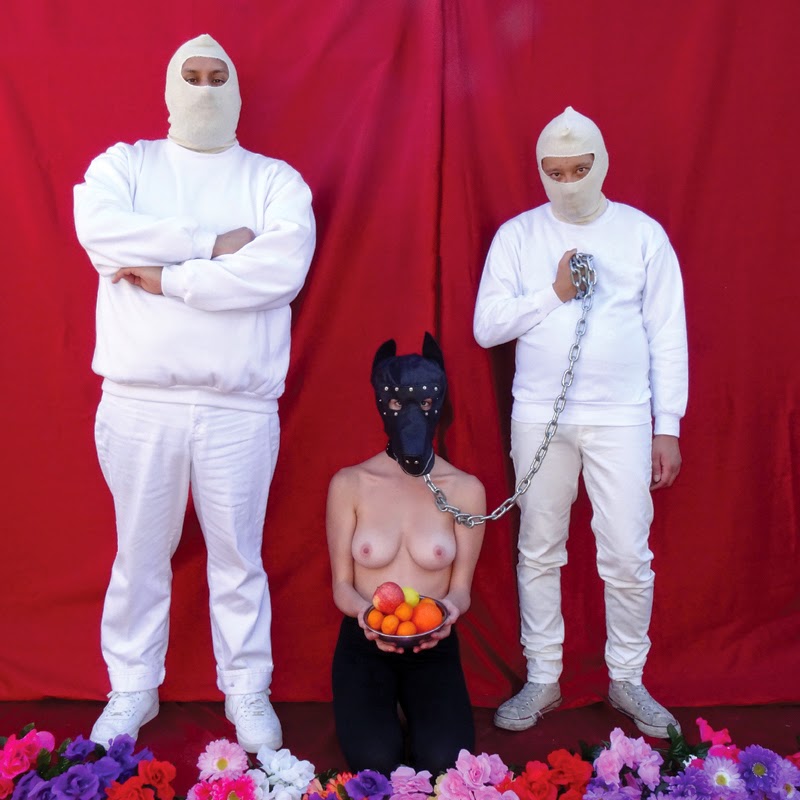 Leather Slave's self-titled debut came with a nice press kit that mentioned, among other things, how they sound like Brainbombs. I guess that's a decent starting point-- they certainly have that "shit did I just blow a speaker... oh it's supposed to sound like that" quality to them. For lack of a better term, Leather Slave adds a little more traditional rock n' structure to the mix so what we're left with is a band seemingly dedicated to mimicking the sound of animals being mutilated by power tools set to a catchy 4/4 beat. The lyrics and vocals really put things over the top though. Instead of singing, Leather Slave favors calmly telling you about how they're going to kill you and wear your skin. It's a great contrast, and really drives home just how unsettling this band can be. This band embodies everything raw and primal about rock music. Crank this shit up and scare your parents.

Leather Slave's album is out on Permanent Records on September 2nd, and limited to 300 copies (100 of those are only available at Permanent records in LA/Chicago)